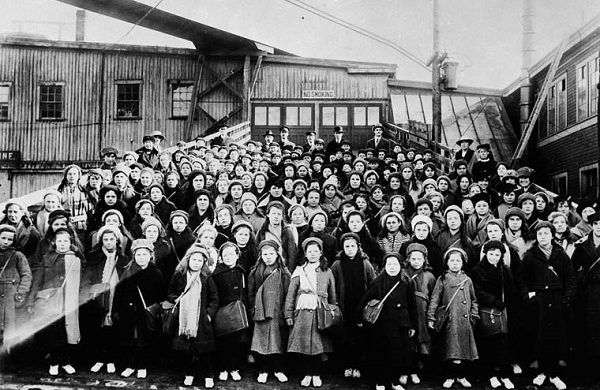 Home Children was the child migration scheme founded by Annie MacPherson in 1869, under which more than 100,000 children were sent from the United Kingdom to Australia, Canada, New Zealand, and South Africa.

Australia apologised for its involvement in the scheme; in February 2010 UK Prime Minister Gordon Brown made a formal apology to the families of children who suffered. On 16 November 2009, Canadian Immigration Minister Jason Kenney stated that Canada would not apologise to child migrants.

In 1987 British social worker Margaret Humphreys carried out an investigation leading to the exposure of the child migration scheme and the establishment of the Child Migrants Trust, with the aim of reuniting parents and children. Full details of the scheme only emerged as late as 1998 during a parliamentary inquiry in Britain, which found that many migrant children were subjected to systematic abuse in religious schools in Australia, New Zealand and other countries.

The movie : Orange and Sunshine

In 1994 Humphreys published a book concerning her research entitled Empty Cradles. In 2010, this book detailing Humphreys’ work, political obstacles, and threats on her life along with the crimes and abuse done to thousands of children by government and religious officials was depicted in the film Oranges and Sunshine.

In Australia, »Child Migrant » children are part of a larger group known as the Forgotten Australians – a term the Australian Senate has used to describe the estimated 500,000 children who were brought up in orphanages, children’s homes, institutions or foster care in Australia up until the early 1990s. « Child Migrants » refers specifically to the 7000 children who migrated to Australia under assisted child migration schemes. Child migrants were adopted or brought up in children’s homes, institutions, orphanages or foster care. Many of these children experienced neglect and abuse while in institutional care.

At the urging of the « Care Leavers Australia Network », in August 2001, the Senate Community Affairs References Committee published « Lost Innocents: Righting the Record – Report on child migration, » and followed this in August 2004 with the « Forgotten Australians » report. Both reports concluded with a number of recommendations, one of which was a call for a national apology. Prime Minister of Australia, Kevin Rudd apologised on behalf of the government of Australia on 16 November 2009.

As of 2009, there were an estimated 7,000 « Child Migrants » currently residing in Australia. The Australian government had contacted about 400 British child migrants for advice on how the apology should be delivered. Australia’s Roman Catholic Church had publicly apologised in 2001 to British and Maltese child migrants who suffered abuse including rape, whippings and slave labour in religious institutions.

A £1 million travel fund was set up by the British Government for former child migrants to visit their families in the UK. The Australian Government later supplemented this fund.

A federal plaque marks Home Children immigration, a National Historic Event, near a house involved in the program, in Stratford, Ontario.

The federal government designated the « Immigration of Home Children » a National Historic Event, in 1999. A plaque from the national Historic Sites and Monuments Board commemorating the event stands in Stratford, Ontario. The Ontario Heritage Trust erected a provincial historical plaque to the Home Children the year before, in Ottawa.

After the apology by the Australian government, in 2009 the Canadian Immigration Minister, Jason Kenney, said that there was no need for Canada to apologize:

The issue has not been on the radar screen here, unlike Australia where there’s been a long-standing interest. The reality is that, here in Canada, we are taking measures to recognise that sad period, but there is, I think, limited public interest in official government apologies for everything that’s ever been unfortunate or [a] tragic event in our history.

Prime Minister Gordon Brown has apologised for the UK’s role in sending more than 130,000 children to former colonies where many suffered abuse.

He expressed regret for the « misguided » Child Migrant Programme, telling the Commons he was « truly sorry ».

He also announced a £6m fund to reunite families that were torn apart.

The scheme sent poor children for a « better life » to countries like Canada and Australia from the 1920s to 1960s, but many were abused and lied to.

Mr Brown said: « To all those former child migrants and their families… we are truly sorry. They were let down.

BY THE OFFICE OF GORDON AND SARAH BROWN

In what he says could be “the worst national sex abuse scandal in numbers, length of time unchecked and geographical scope”, Gordon Brown says migrant children who suffered horrific attacks before and after being sent to Australia and other Commonwealth countries should be compensated before they die.