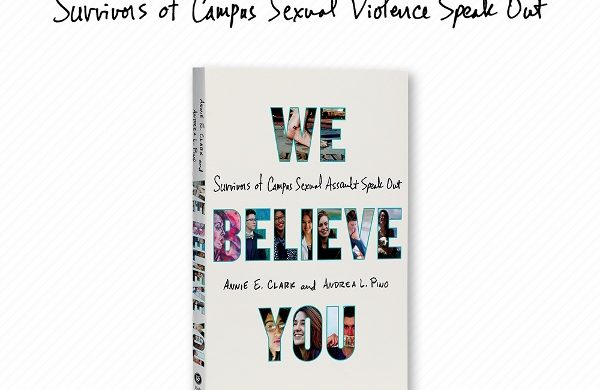 Publicly discussing the 2014 op-ed under her own name for the first time, Ariane Litalien ’14 said she will publish an essay titled “Dear Harvard: This Fight is Not Over” as part of a forthcoming collection called “We Believe You: Survivors of Campus Sexual Assault Speak Out.” Her 2014 op-ed “Dear Harvard, You Win,” about Harvard’s response to sexual assault, galvanized campus dialogue and earned national headlines.

In an interview, Litalien said she hopes the new essay will spark more national debate about campus sexual assault in a way that anonymous essays cannot.

“It was really great to get to publish ‘Dear Harvard, You Win.’ It was really empowering and it made such a big difference in my life,” Litalien, a former Crimson design editor, said. “But I wanted to make sure I wasn’t this static, anonymous figure that had written this one op-ed and I wanted to engage in the national debate on this issue.”

Litalien said she began working on a piece for the essay collection after she was interviewed for “The Hunting Ground,” a documentary released last year about sexual assault at colleges and universities, including Harvard. Although Litalien’s interview did not make it into the film, which misrepresented statistics on instances of reported sexual assault at Harvard, she said Andrea Pino and Annie Clark, two women featured in the film, asked her to contribute to the book.
Massachusetts Hall
Massachusetts Hall, the home of Harvard’s central administration, is pictured. The Crimson Staff

In her essay, which she shared with The Crimson, Litalien describes her experience writing the Crimson op-ed and the reaction it received on campus and across the country.

Litalien describes her continued struggle with depression and anxiety since she left campus, writing that the day her anonymous op-ed came out remains “the best day” of her life because of the support she received. In her most recent essay, Litalien calls on Harvard to more effectively prevent sexual assault on campus.

In particular, she criticizes Harvard’s sexual assault policy for not including an affirmative consent clause. University Title IX Officer Mia Karvonides has repeatedly defended Harvard’s policy, arguing that the current definition of consent provides for a more holistic consideration of sexual assault and harassment.

Later that spring, the United States Department of Education’s Office for Civil Rights opened an investigation into Harvard College’s compliance with the anti-sex discrimination law Title IX. In her essay, Litalien says that she became one of complainants involved in the investigation, which remains ongoing.

More than concrete administrative change, though, Litalien says she hopes her Crimson op-ed inspired other people to come forward and discuss their experiences of sexual assault.

“When people tell me they have spoken up about their assault or they are inspired by my story—because I came forward—that means just as much as any concrete changes on campus could mean to me,” Litalien said.

The book,“We Believe You,” is scheduled to be published on April 12.